The 10 best unique places to propose in the UK

With Valentine’s Day and Feb 29 looming, here are some unique places to propose in the UK

Give them a ring with some really big rocks when you make your unique proposal in the dramatic setting of Castlerigg stone circle. The English Heritage site has the mountains of Helvellyn and High Seat as a beautiful backdrop. It is also a fitting symbol of long term commitment, having stood since around 3000 BC!

For a more southerly alternative, choose the Rollright Stones in the Cotswolds. Hopefully, your tryst will lead to ‘with this ring, I thee wed…’ 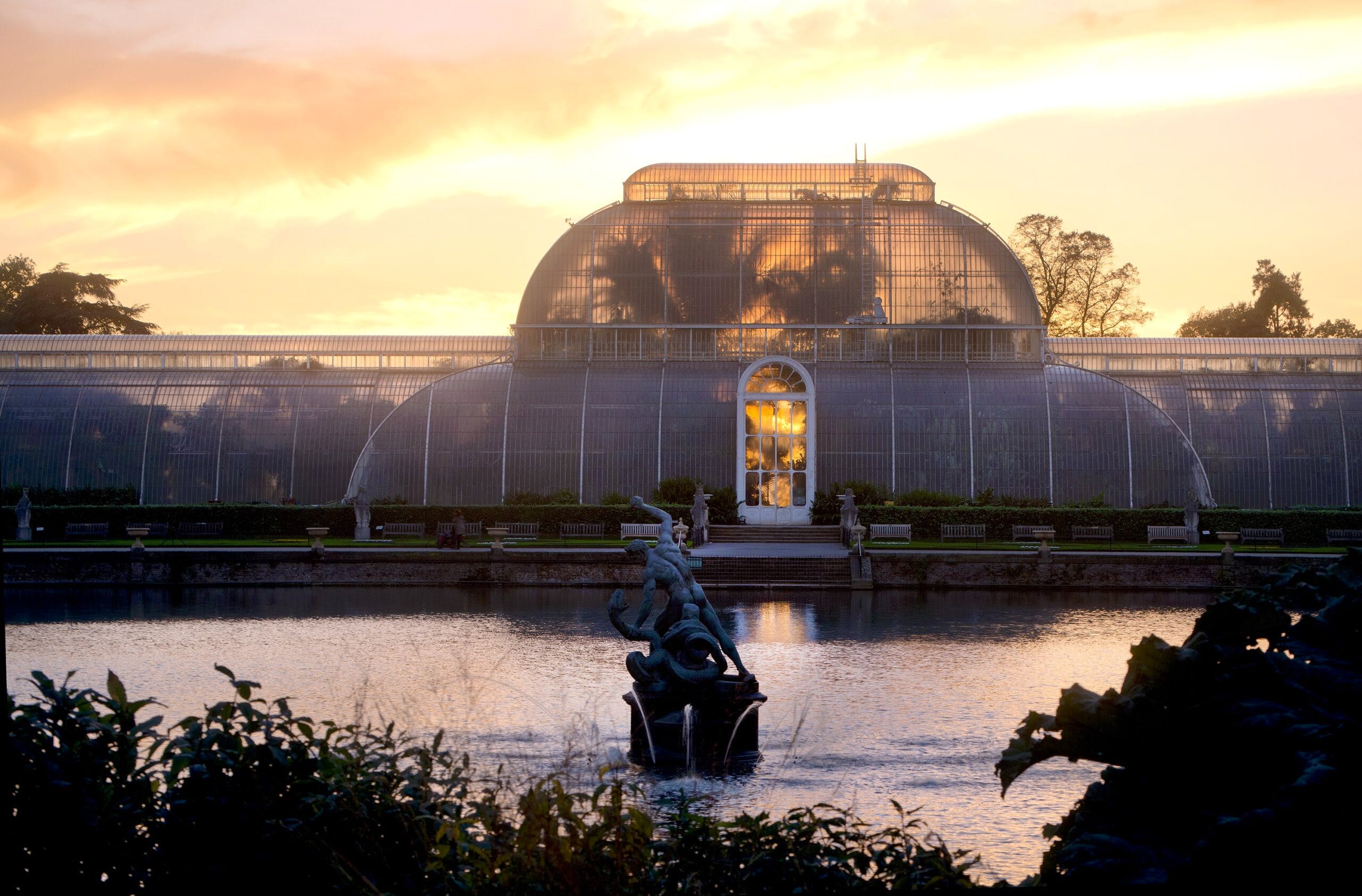 You’ll be steering well clear of a petrol station bouquet if you say it with flowers at Kew Gardens in Surrey. The spectacular site has 50,000 plants and is listed as a World Heritage Site. Propose near a waterfall, under tropical palm trees or beside giant water lilies. There’s even an orchid exhibition on until March 8 2020. As much of the site is in vintage greenhouses you don’t have to wait for spring for blooms and the weather won’t spoil your big moment. 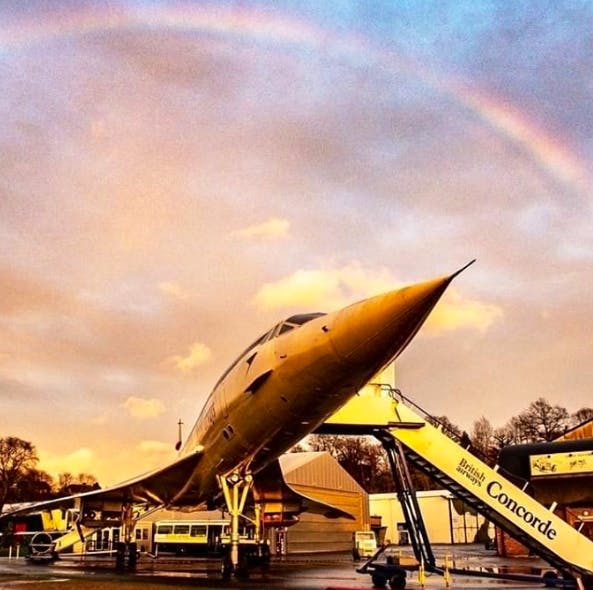 Sure, you won’t be on your way to Barbados or New York at the time but you can still pop the question on-board Concorde. Tour one of the well-loved planes in its UK retirement home, sip a glass of bubbles in the seats and pick your moment.

At Brooklands Museum in Weybridge, Surrey there’s a Concorde Champagne Day on Feb 15 2020 hosted by a former pilot, while if you visit the famous plane at Runway Visitor Park at Manchester Airport you could even jet off on a mini break afterwards. If your partner says ‘yes’ you’ll certainly feel supersonic. 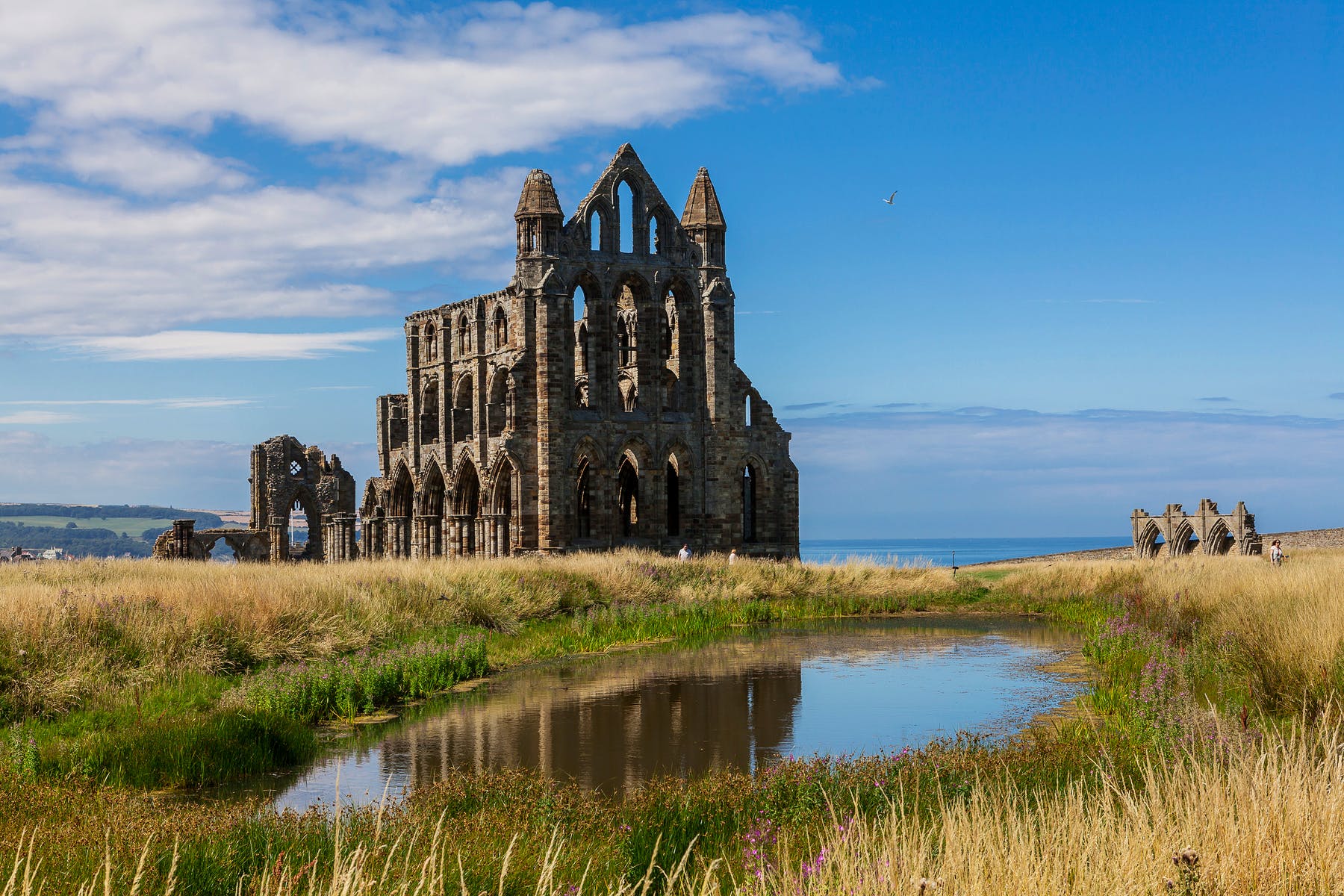 Where better to pledge your undying love than in a hangout of the undead? Whitby Abbey is a key location in Dracula and fans of Gothic romance will swoon over the scenic ruins that overlook the coastal town and sea. After sundown, you’ll need a bite to eat, so enjoy some fresh seafood at the Star Inn on the harbour. Elsewhere in Yorkshire you could propose out on the ‘wiley windy moors’ made famous by Gothic romance Wuthering Heights. 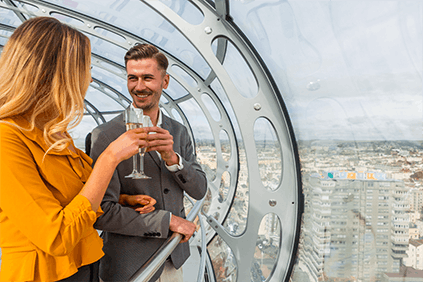 You’ll already be halfway to cloud nine when you propose 450ft above Brighton on a ‘flight’ up the BAi360 viewing tower. Take in the panoramic view of the coast and South Downs from the stylish glass capsule and toast your engagement with fizz from the Nyetimber Sky Bar on-board. Time your flight around sunset in winter and you might catch the spectacular shape-shifting starling murmurations that often happen over the remains of the West Pier below. 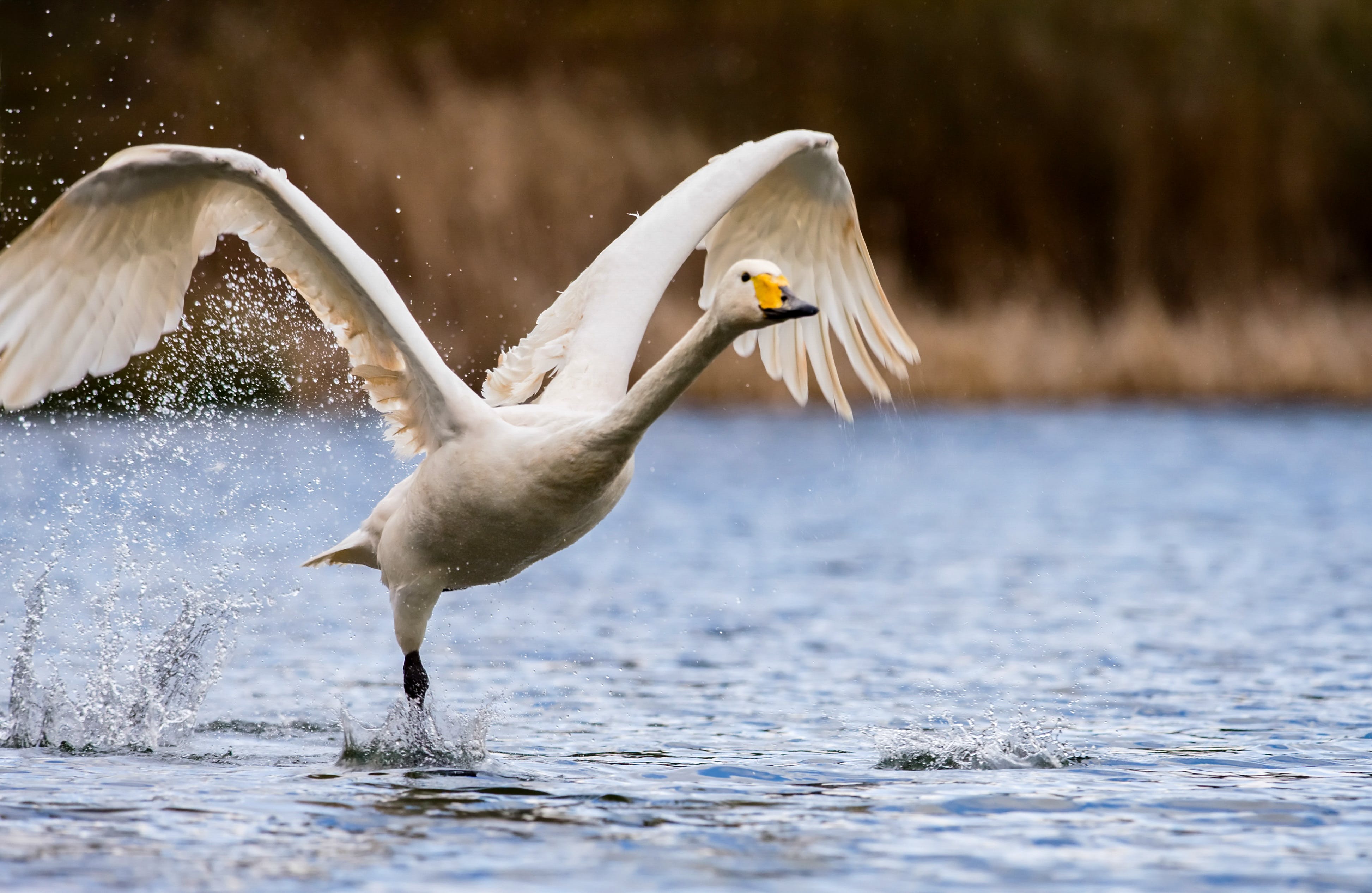 Despite what Friends would have us believe, lobsters don’t actually mate for life. Swans do however and you can pledge to do the same among the beautiful birds at the Wildfowl & Wetlands Trust reserve at Slimbridge on the Severn estuary. Bewick’s swans from Arctic Russia join the site’s resident mute swans here in winter, and with the park being open 364 days a year, there’s plenty of time to see them. If you can wait till it reopens in March, Abbotsbury Swannery in Dorset is another top spot. Just watch where you’re kneeling… 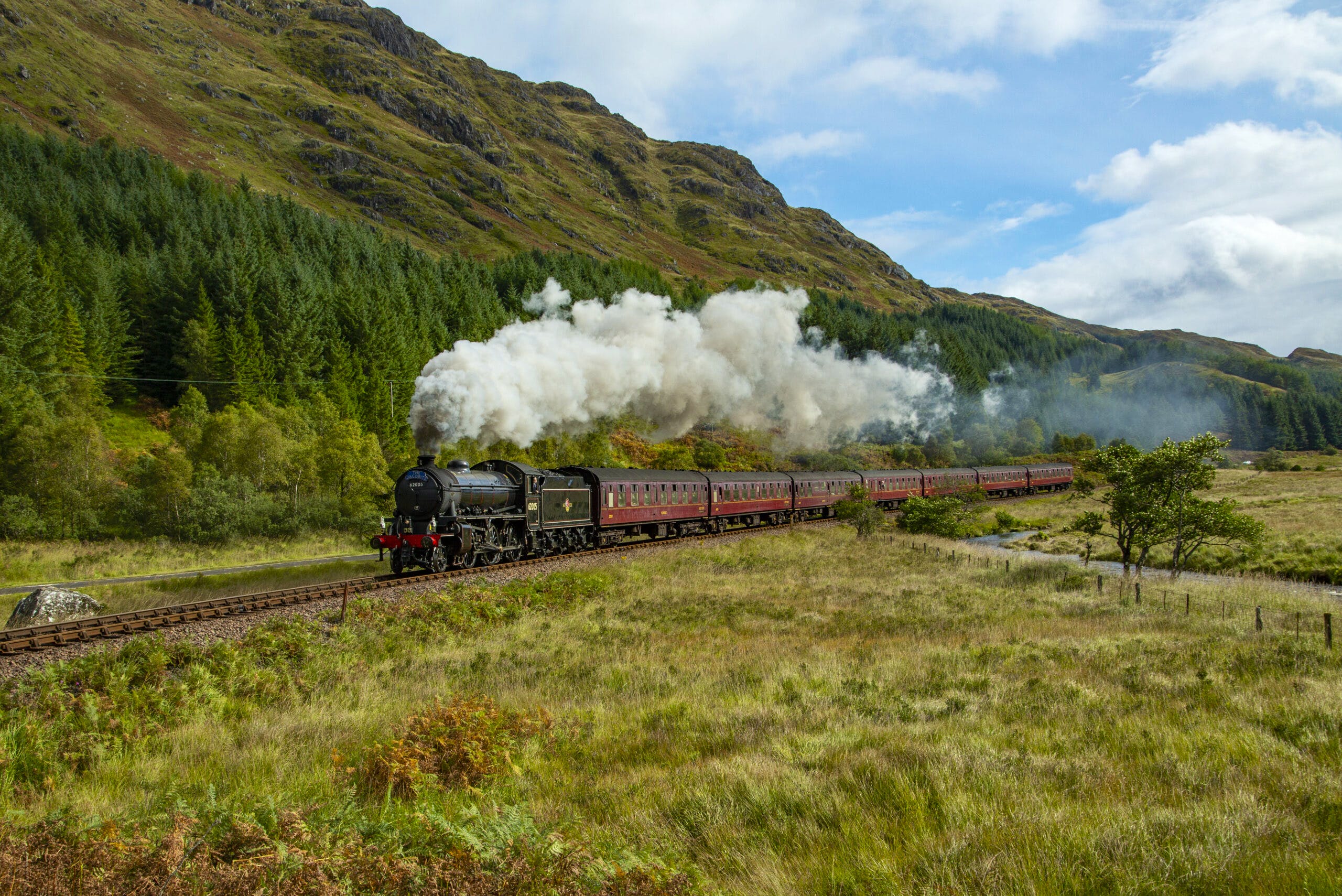 For a really magic proposal, whisk your other half away on the Hogwarts Express. No need to run at a wall on Platform 9 ¾ , vintage steam train The Jacobite, which was used in the Harry Potter films, travels through spectacular Scottish scenery between Fort William and Mallaig over the now famous Glenfinnan Viaduct (watch out for flying Ford Anglias!) The beautiful nearby Loch is also a recognisable Potter backdrop. 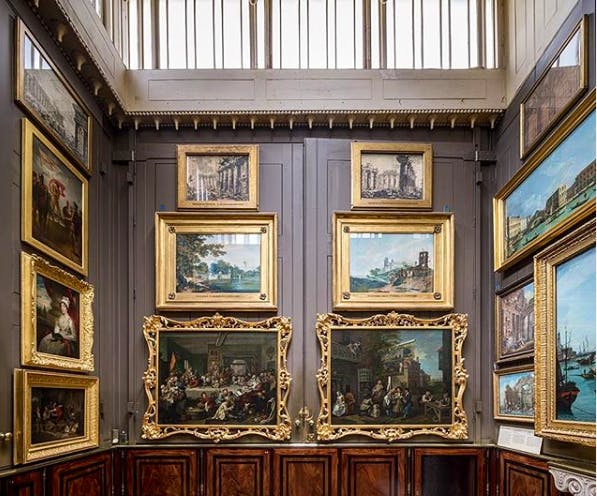 The wonderfully quirky Sir John Soane’s Museum has plenty of curiosity-stuffed nooks including a recess with a statue of Apollo. The architect’s former home is an eccentric treasure trove of antiquities and art that he collected, from a Pharaoh’s sarcophagus to paintings by Hogarth, Turner and Canaletto. For some extra atmosphere, look out for the Soane Lates candlelight and spotlight tours. It’s a unique place for a unique proposal. 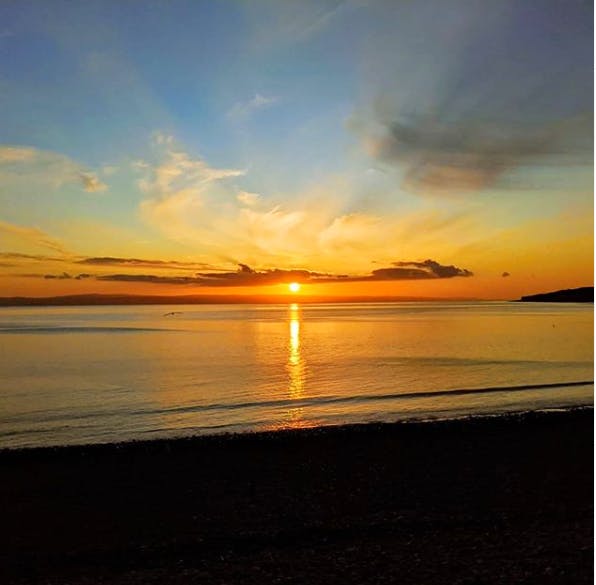 As we were reminded in the recent Christmas special, the promenade of the Barry Island seaside resort in Wales is where screen couple Gavin and Stacey first declared their love. It’s a lush proposal spot for a fan and you can seal the deal with a Mr Whippy. Tidy. Where the pair actually first met face to face was under the slightly more romantic Shakespeare statue in London’s Leicester Square. 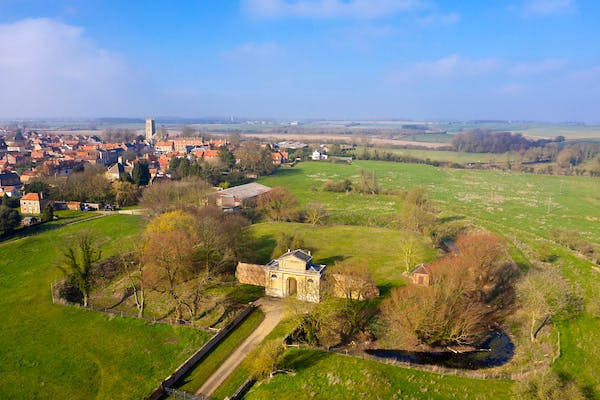 If you hanker after holing up in a romantic folly or proposing on castle battlements, book a break in one of the quirky repurposed historic buildings of the Landmark Trust. The House of Correction, a former prison gateway in Lincolnshire, sounds a bit Fifty Shades… (there are even antique handcuffs and shackles) is just the place to ask someone to bond themselves to you for life.