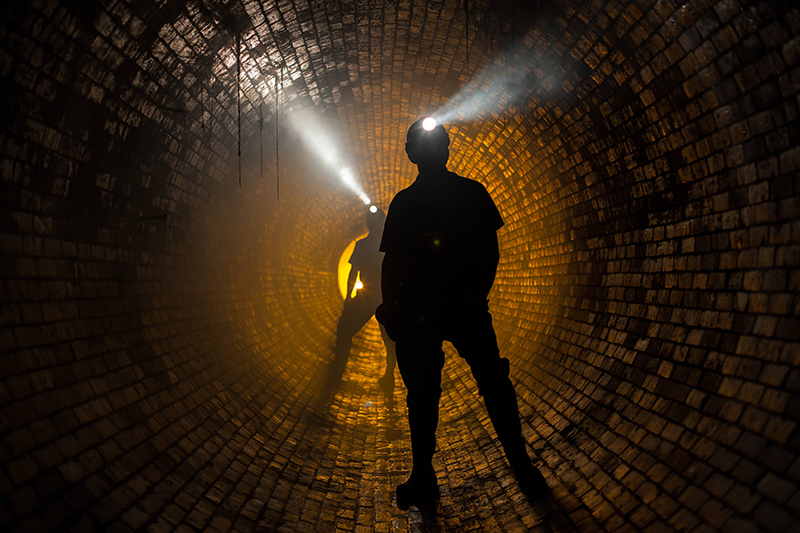 It’s been a busy couple of months for the Brighton i360, constructing the access road and putting up hoardings – and the eagle-eyed among you may even have noticed that we’ve now started work underground.

Over the coming months, the big project down on site will be building the foundations, which involves diverting the section of sewer beneath it. This is no mean feat: the foundations need to be very big, both to anchor the tower and also to provide a basement large enough to house its controls and motor.

We’re very pleased to have local contractors J T Mackley on board to oversee operations: as the team responsible for building the giant storm drain under Brighton beach back in the 1990s, they’re the best possible choice for the job. 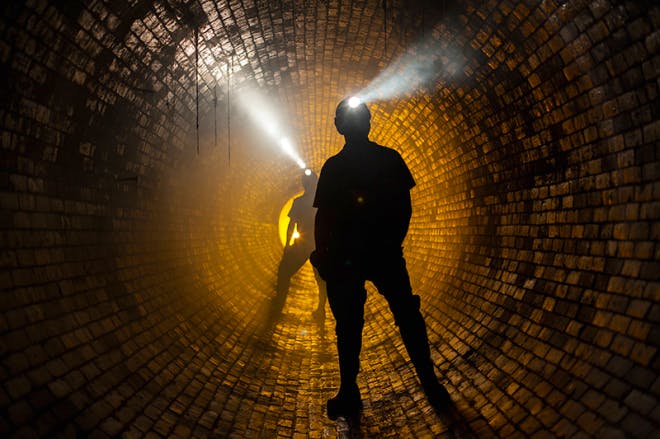 To get a better picture of the sewer’s history, we went behind the scenes with Southern Water’s famous Sewer Tours – and we couldn’t believe what we found. Huge chambers of brickwork, unchanged from Victorian times, lie forty feet below the city streets: as MP Caroline Lucas says, the sewers are “a real architectural gem…well worth a visit.”

We’re all about seeing the city from different perspectives, and behind-the-scenes tours are a great way to do that. That’s why from 2015, we’ll be running tours of the Brighton i360 site. You’ll be able to see progress as it’s happening, and hear first-hand how everything works. Watch this space! 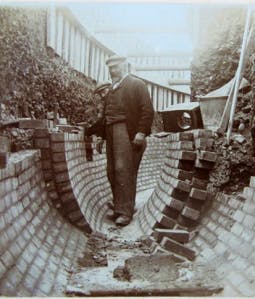 Building for the future

One of the most remarkable things about Brighton’s sewer is that it has never needed any work done to the original brickwork – no repointing of the mortar, or replacing of sections of brick; the Victorian engineers were so thorough in the work they did that it all stands pretty much intact today.

The other remarkable thing about Brighton’s sewer is that with over seven million bricks, and 44 miles of tunnel, the sewer system was much bigger than the city required back in the 1860s. Why? Because the Victorian planners had the foresight to see how large the city would grow: they were building for every eventuality. They ended up building a system that can accommodate 90 million gallons of waste water per day – a figure that’s still only reached today in very stormy weather.

As tour guide Steve Jackson explains, the Victorian engineers truly built for the future – both in the far-sightedness of their vision and the durability of their handiwork.

This is exactly the kind of success we want to replicate with the i360: like the Victorian engineers, we’re using cutting-edge technology carried out with precise attention to detail – the kind of workmanship that is built to stand the test of time. With its ingenuity, durability and boldness of design, the i360 will be a fantastic example of modern innovation in the Victorian spirit. We are building Brighton’s future heritage.