Home to the south coast’s highest moving bar, you’d think we’d know a thing or two about the best moving bars in the world – and you’d be correct. Read on for our favourites… 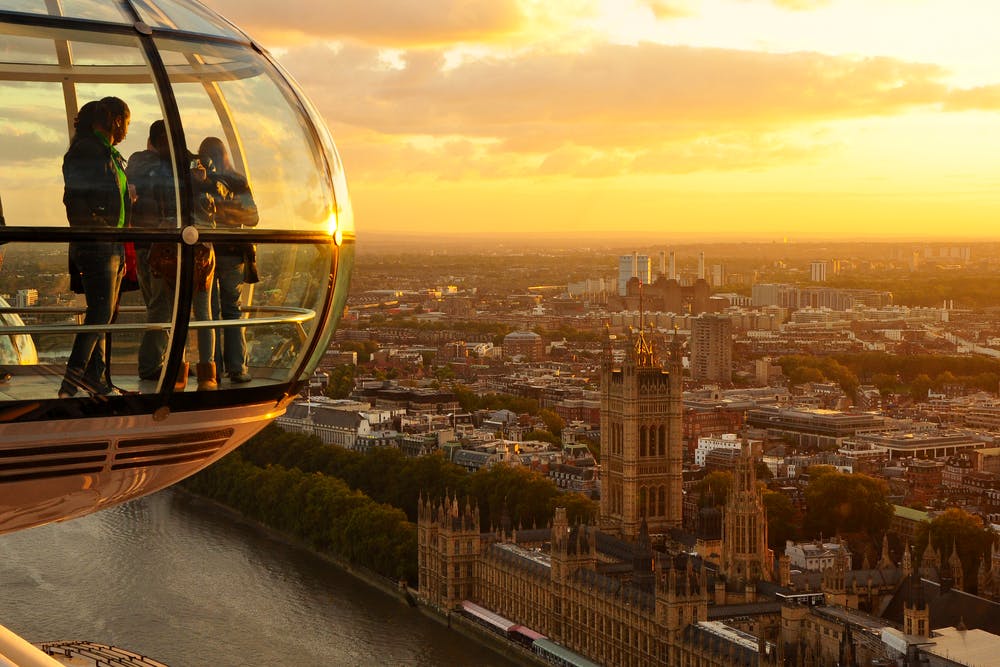 These days it would be hard to imagine the South Bank without it: the London Eye redefined the city’s skyline when it opened in 2000 and reignited the trend for big wheels worldwide. Today it’s considered a must-do London experience, and that’s thanks in part to the innovative design, but also of course to the far-reaching London views. It’s not technically a bar, but upgrade to the Champagne Experience and the whole adventure is even more sublime.

For a completely different perspective on London, a trip downstream on the Alfred Le Roy is a treat to remember. The classic wide beam canal boat has been converted into a stylish cocktail bar and plies the waterways of the East End year-round, stopping at cool places along the way, and most importantly keeping glasses topped up and the tunes cranked high. Book a Friday night in summer for a top-down alfresco affair or a cosy winter cocktail cruise for a magical escape. 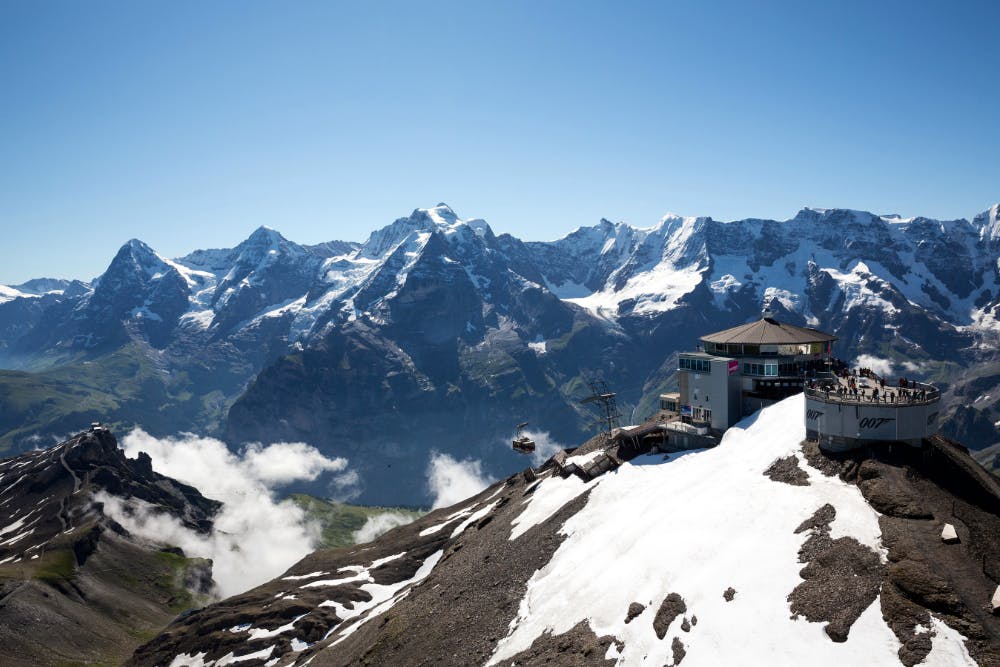 With wild beauty all around you, the Alps are a natural home for a revolving bar. A 30-minute cable car takes you to the summit of Switzerland’s Schilthorn at 2,970m, and the spectacular panorama of the Bernese Oberland. And yes, you’ve seen it somewhere before – Piz Gloria served as Blofeld’s lair in the 1969 Bond film, On Her Majesty’s Secret Service. The rotating restaurant turns slowly on its axis every 45 minutes passing 200 peaks on the way. 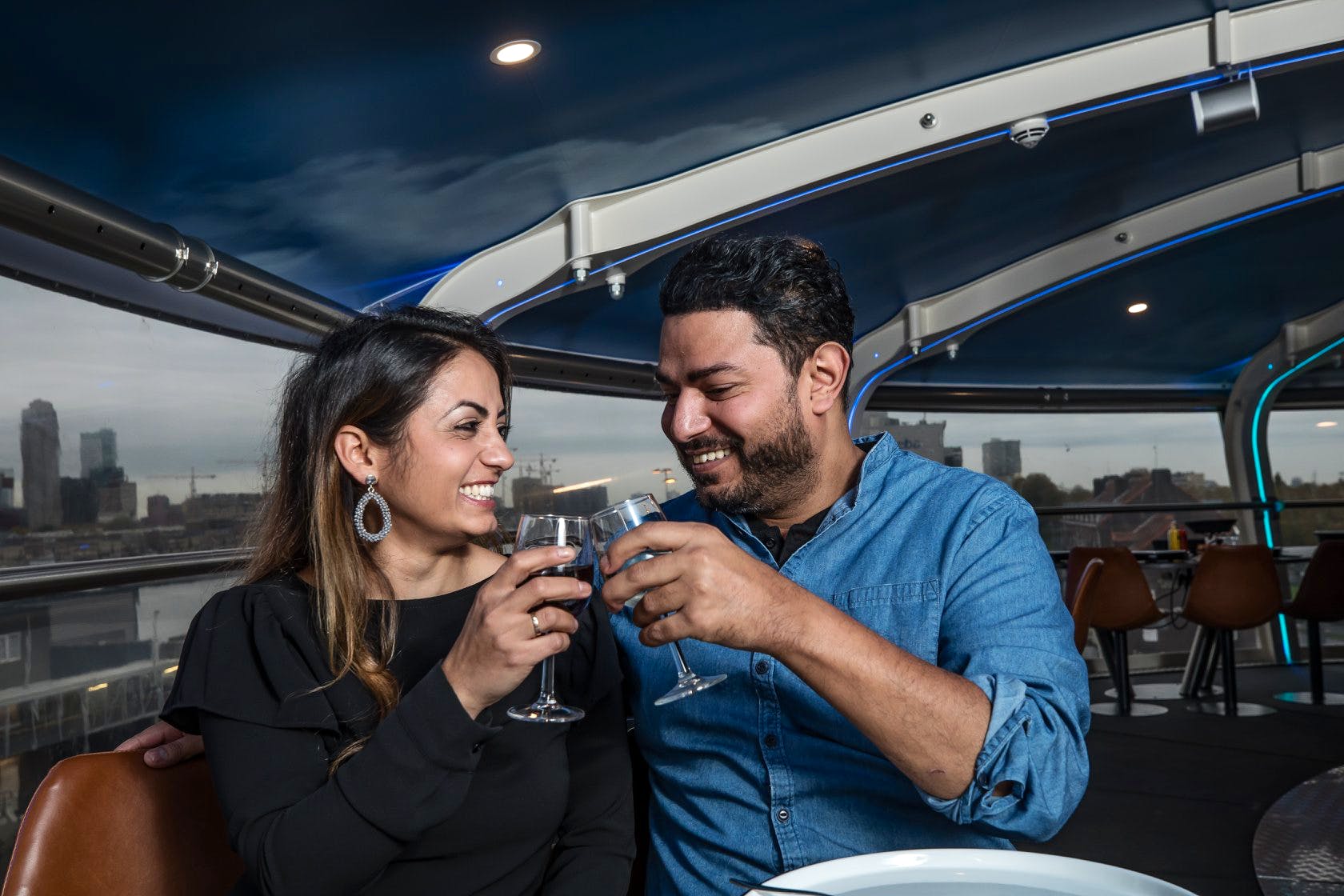 Revolving night and day over the docklands of Rotterdam, UFO affords a panoramic view over some of the architectural marvels of the Netherlands. From a modest 42m, the spectacle of one of Europe’s coolest but most under sung cities is laid bare: the giant sail-like structure of Erasmus Bridge – nicknamed the Swan – Rem Koolhaas’ gravity defying De Rotterdam towers, the Euromast, and, of course, the hard-working canal system that keeps the city moving. It’s all the more enjoyable with a glass of wine or two. 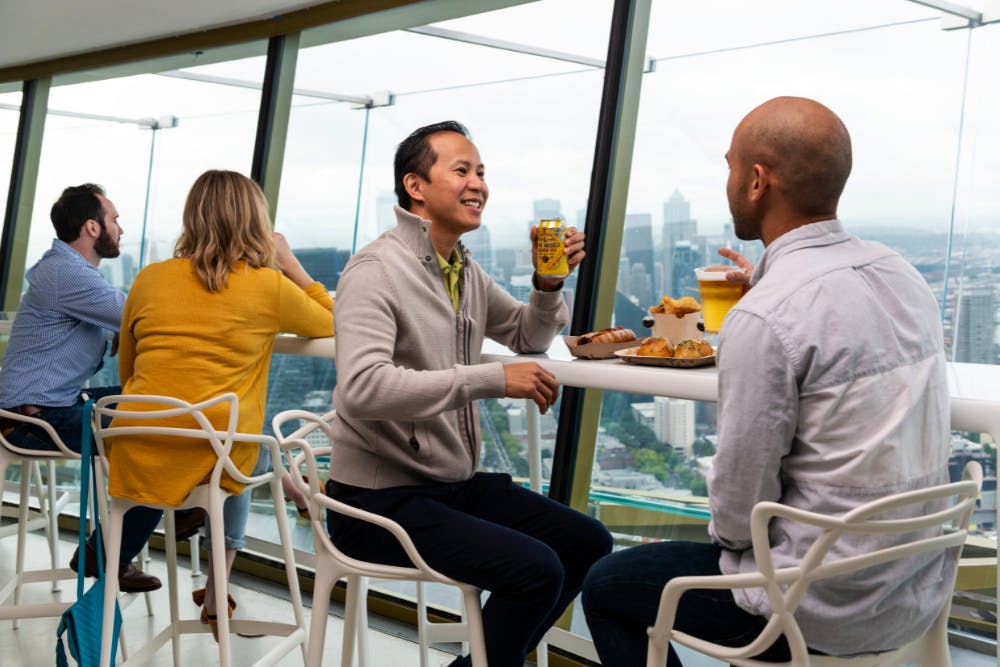 The granddaddy of revolving observation towers, Seattle’s Space Needle has been reimagined for a new generation of visitors and now has what claims to be the world’s first revolving glass floor. Originally built for the 1962 World’s Fair, when the space race demanded an icon that would look eerily like a flying saucer, it has been seen in countless movies. After a refurbishment in 2017, the Atmos Wine Bar is now the smartest place to take in the Seattle skyline. Brighton, on the south coast of England, has a long history of quirky architecture – an oriental-style Royal Pavilion, the world’s first operating electric railway and a ruined-but-famous Victorian pier. The latest evolution is the BA i360 Viewing Tower – a giant glass pod gliding up to 450ft and back again. The views are fantastic and on board is the Nyetimber Sky Bar, the south coast’s highest bar, specialising in locally made drinks. A ‘flight’ on the pod with a glass of sparkling wine in your hand has become a must-do Brighton experience.  Book a Sparkling Wine Experience Ticket here.

Hawaii’s only revolving restaurant sits on top of a sizable building complex in the heart of Waikiki and rotates very gently over the course of an hour. So after a day on the beach below, throw on your glad rags, pick your spot and a cocktail or two, and watch the sun slide into the sea behind Waikiki Bay.

Resident mixologist Jen Ackrill’s famous mixes, offering modern twists on retro tipples, are sure to get your evening started – Happy Hour is 5pm to 9.30pm.

East or West, German architects in the ’60’s had a talent for making everything look like it belonged in a Cold War drama. Or in other words, coolly enigmatic. Munich is in the south and the Olympiaturm is no different: built as a broadcast tower and an antenna for Deutsche Telekom, it now houses the revolving Restaurant 181, an observation deck, and, befitting its original brief, a small museum dedicated to rock music. 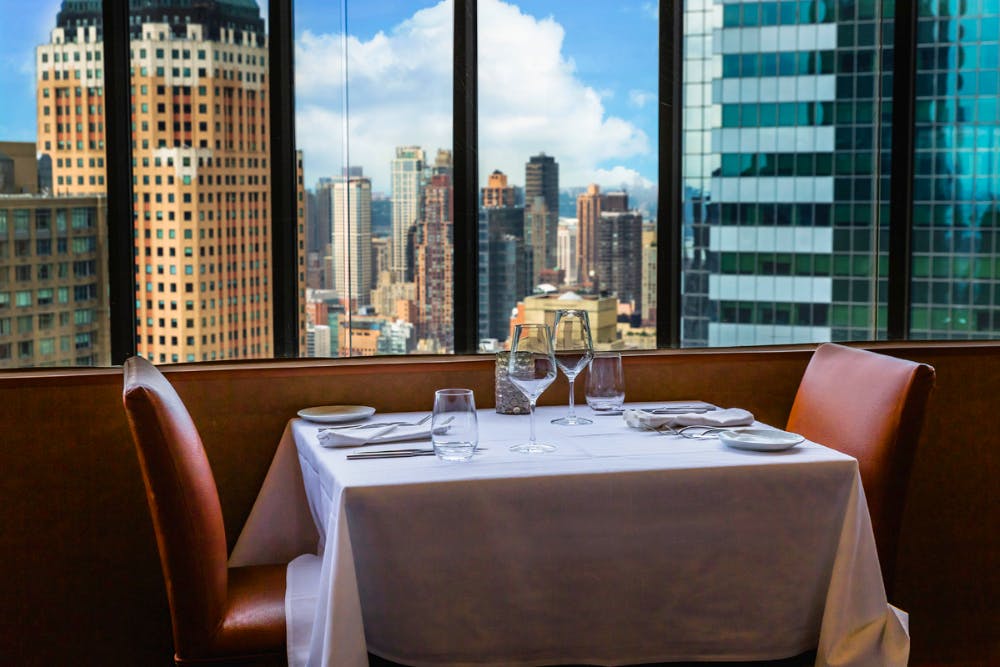 The name says it all. Perhaps surprisingly, The View is New York’s only revolving attraction. Situated atop the Marriott Marquis hotel, 48 storeys above Broadway, it offers an unparalleled moving view of the most famous skyline on earth. The Lounge is the place to go for cocktails and desserts, though they serve light bites too. The restaurant is on the 47th floor, with classic American dishes mixed in with a few international favourites. 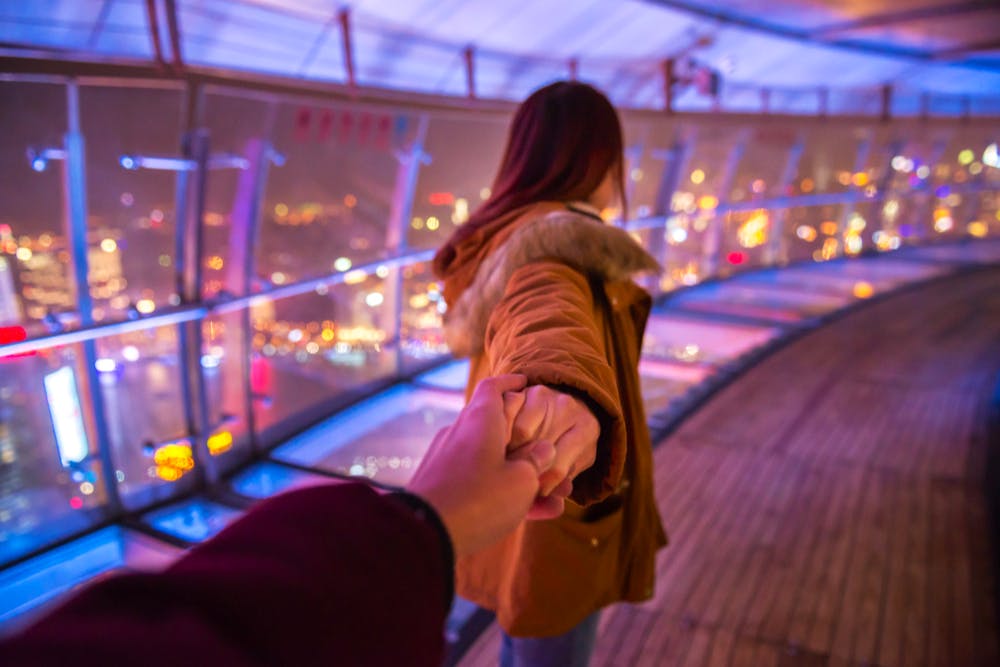 A bonkers design in one of the most bonkers cities on earth, the Oriental Pearl makes a night in Shanghai an even more dizzying experience. You will know the building even if you don’t know the name: it has been a city icon since its completion in 1994. Two giant baubles sitting high above the Bund and the Huangpu River, the Revolving Restaurant, at 267m, is the highest in Asia.