“An innovative project that has created an iconic landmark on a famous British seafront.” That’s what the RICS Awards judges said as they presented British Airways i360 with ‘Project of the Year’ at a glittering award ceremony this month.

This highly acclaimed accolade is given to the scheme which demonstrates “overall outstanding best practice and an exemplary commitment to adding value to its local area.” 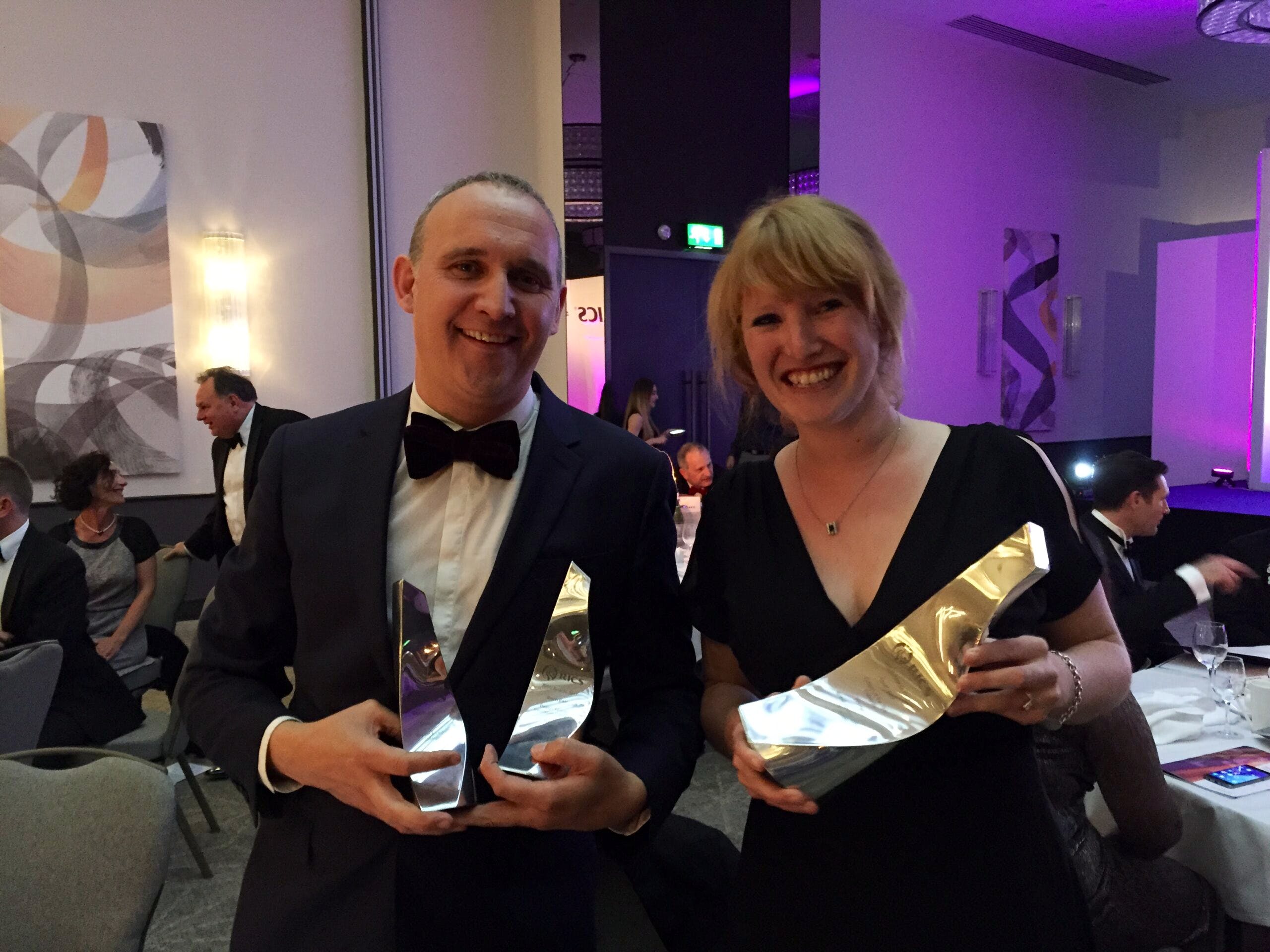 The judges’ report continued: “[British Airways i360] has created a new, exciting tourist attraction in place of the ‘lost’ West Pier which has already proved to be a great success.”

“This project demonstrates innovation throughout the imaginative design and planning of the tower and pod, and also in the foundations, tower construction, the manufacture of the glass pod and the elegant lifting mechanism. The scheme also performs well on a sustainability criteria.”

The team also received awards for ‘Tourism and Leisure’, and ‘Design Through Innovation’.

Announcing the Tourism and Leisure winner, the judges said: “When Brighton and Hove City Council sought a new tourist attraction to enhance Brighton’s historic seafront, what was delivered was the world’s tallest moving observation tower. British Airways i360 forms an elegant focal point to the open side of Regency Square and on the axis line of the old West Pier; bounded by two new copies of the original ‘Italianate’ toll booths.

“The truly innovative design which incorporates some ingenious features make this a unique, enduring and very popular tourist attraction.”

And of the attraction’s win in the Design Through Innovation category, the judges said: “The whole approach to this project demonstrates innovation, from the imaginative funding, the thorough design and planning of the tower and pod. In essence a totally innovative project that has created an iconic landmark on a famous British seafront.” The RICS Awards celebrate inspirational initiatives in the land, property and construction sectors. The ceremony was held at the Hilton at the Ageas Bowl, Southampton, and hosted by ITV news presenter Sameena Ali- Khan on May 17. The British Airways i360 team was represented by Marks Barfield Architects director Ian Crockford, who led the project, and architect Georgina Vizor

British Airways i360 has also been recongised at the RIBA South East Awards, which celebrate ‘excellence in architecture’.  The judges were: “impressed by the extraordinary innovation and originality demonstrated by this scheme and the heroic collaboration between architect and engineer.”

At the prestigious ceremony, held at Ascot Racecourse and compered by journalist and broadcaster Rosie Millard, the judges commended “the research and the development exhibited in the design of the double curved oblate ellipsoid and in the design of the tower, with a height-to-width ratio of more than 40:1, should be commended”. They also felt there was: “a sense of delight in the way the pod emerges from the bowels of the earth, which can be enjoyed by passers-by”.

British Airways i360 chairman David Marks said: “We are delighted and honoured to have received these prestigious awards, which acknowledge the importance of British Airways i360 both in design terms and to the city of Brighton and Hove. I’d like to congratulate and thank everyone involved in the project for this tremendous achievement.”