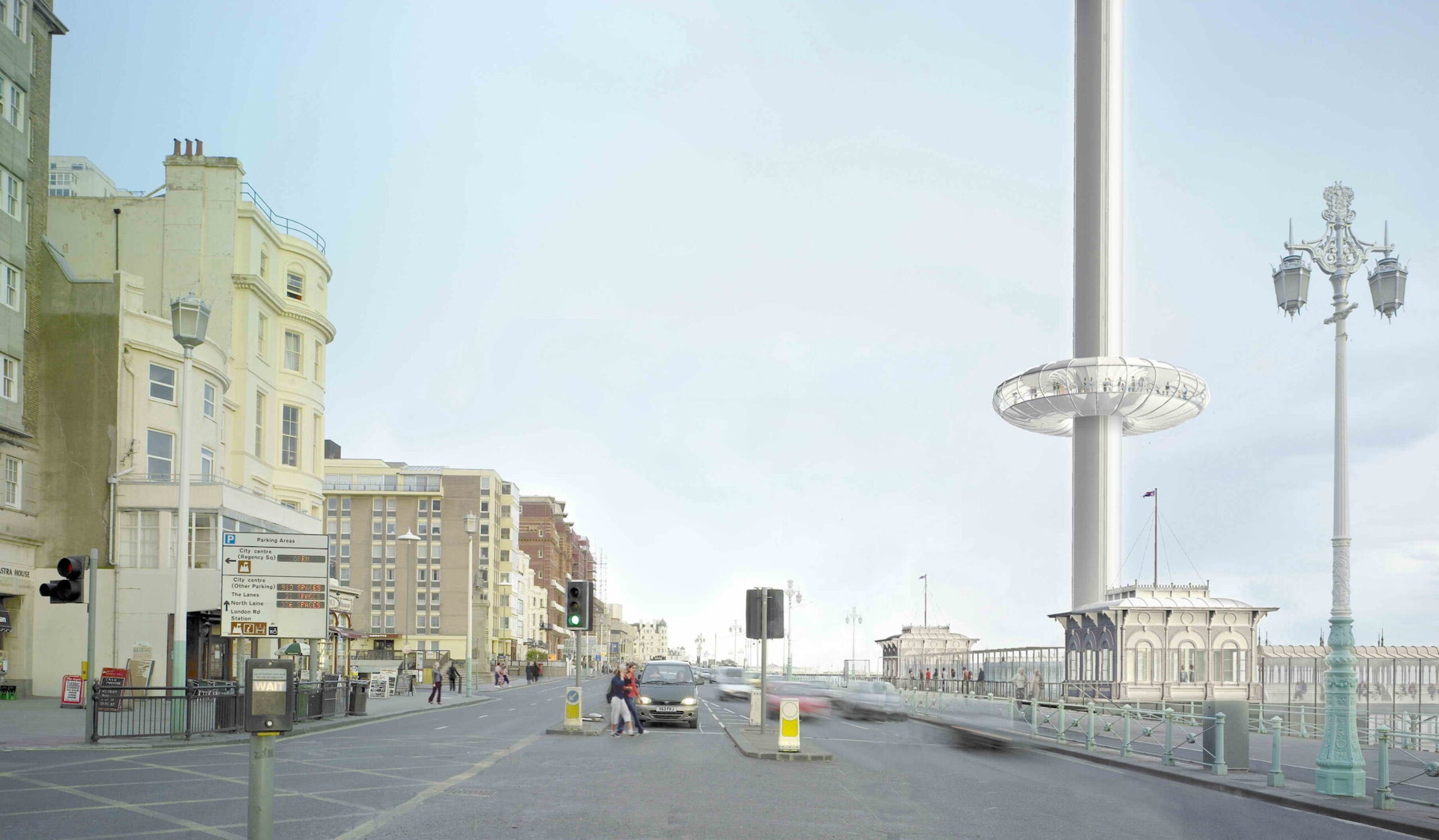 How will i360 affect seafront traffic?

We are regularly asked about how the Brighton i360 will affect traffic on the Kings Road, with many people worried it will cause a huge amount of congestion on the seafront. David Marks allayed many of those fears at a business lunch hosted by The Argus, but we have also done some investigations into traffic that turned up some surprising results.

Seafront traffic is not caused by tourists

It may sound surprising, but it’s true. We have studied vehicle movement statistics obtained from traffic cameras since we got our planning permission granted in 2007. There is no increase in cars during the summer when the tourists visit, nor have the number of cars gone up even though the overall number of tourists visiting the city has increased.

You would imagine that the roads would get busy in July and August because they are peak summer months and all the children are on school holidays. In fact the average daily total of vehicle movements in June, July and August 2013 was 29,718. Over the course of the year the average figure was slightly higher at 30,495. The busiest month was in fact December at 32,685. There is not a huge amount to split the two figures really, but it supports the idea that traffic is caused by Brightonians and not visitors – we get in the car because it’s cold in winter.

As can be seen in the graph below during the summer months, there is an upturn of tourists (shown in red) and at visitor attractions (shown in green), but seafront vehicle movements have a flat line (shown in blue). 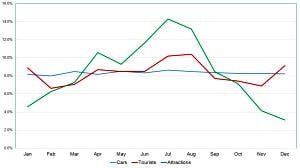 2012 was a record year for tourists in Brighton but not cars!

Around 11.5million cars drive past our site each year and have remained steadily at this level. In 2012, Brighton had a record year for visitors with 10million people coming to the city – up 41% on the previous year, but car movements actually reduced by 3%. Plans to reduce congestion are already in place

Although we know that tourists aren’t the main cause of traffic on the seafront, we do want to do our bit to keep traffic to a minimum.

We will encourage our visitors wherever possible to take public transport, walk or cycle to our venue.

We are also supportive of moves to tackle congestion generally in the city. Brighton and Hove is growing at an incredible rate, so it is in everybody’s interest to find ways to cope with the number of cars on the road.

Encouraging people to take the train

One way of getting people out of their cars is by encouraging them to take public transport. More than 16 million people already arrive annually by train to Brighton’s Grade II listed station; it is the seventh busiest station in the UK outside of London. And it makes sense – it is considerably easier to get into the city by public transport, particularly if you are coming from London or anywhere north of the capital. There are some interesting stats on train vs car on Southern Railways website, which show that trains beat cars on time, environmental impact and money too.

We were thrilled when Brighton Station secured 4.5 million from the Department for Transport’s Station Commercial Project Facility for renovation of the concourse. New services include an improved layout with better ticket centre, information booths, passenger lounge and a cycle hub providing lockers, toilets and showers for cyclists. It will go a long way towards encouraging people to visit the city on train. Hopefully the new train operator, along with Southern, will be able to increase capacity at weekends too. Work is also underway by the Council to improve the welcome from the station with improved signage, pathways and planting. 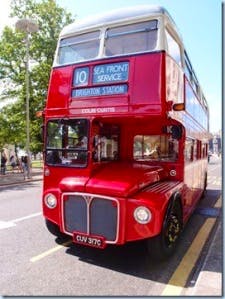 There is an existing West Pier bus stop near to the site on the A259. We were delighted to see the route-master bus service running in the summer from the station along the seafront past our site.

Get on your bike

Brighton is a bike-friendly city – the two go hand in hand (or foot on pedal). We will encourage people to use bikes where possible, working with the Council to improve the bike paths. We have one of the best bike paths in the city on our doorstep – the seafront cycle lane (National Cycle Route 2) stretches from Hove Lagoon to Brighton Marina. Although this is currently still closed while Brighton and Hove Council finish strengthening works on the arches, it will hopefully be open in early 2015.

The Council has produced a city cycle map which shows routes across the city. They have also increased the number of cycle parking spaces over recent years and when the i360 is open we will have provision for 20 bicycles outside. We are also supportive of plans to start a cycle hire scheme in the city.

We are members of the Tourism Alliance, which are currently working on a ?private-sector-led solution to reduce the number of cars coming into the city. The idea is for a park and ride off the A23. Progress is good and a viable solution appears to be on the cards.

There is also a park and ride scheme in operation at Withdean Sports Complex. It is free to park and you can catch the Number 27 bus service directly into the city. By purchasing a ‘saver’ ticket you can travel on the buses all day for less than £5.

If customers must drive, in order to keep traffic flowing, we will ensure that road signs direct people away from the city centre to reach the Regency Square parking facilities. This car park has 507 spaces with spare capacity. Any extra traffic will generate funds for the council, who own the car park.

We will also make sure our service vehicles are restricted to the lower promenade outside of peak hours.

So will we help or hinder?

Our extensive research has shown that Brighton and Hove’s traffic is not caused by tourism and the infrastructure can cope with the small increase in traffic that we expect the Brighton i360 to generate. The increase in vehicles to our site will help generate money for the council from the Regency Square car park site and our marketing material will help support new council and private-led initiatives to cope with the congestion caused by the city’s growth, such as park and ride schemes, public transport and arriving by foot / bike.

We, and Brighton and Hove, are prepared.

A local’s guide to parking in Brighton

Our secret guide to car parking on a day trip to the city of Brighton and Hove. We all know…

How we are helping to manage the expected rise in visitors to Brighton & Hove.

Here at the i360, many of us are keen cyclists. As well as being fast, healthy and free, cycling’s an…