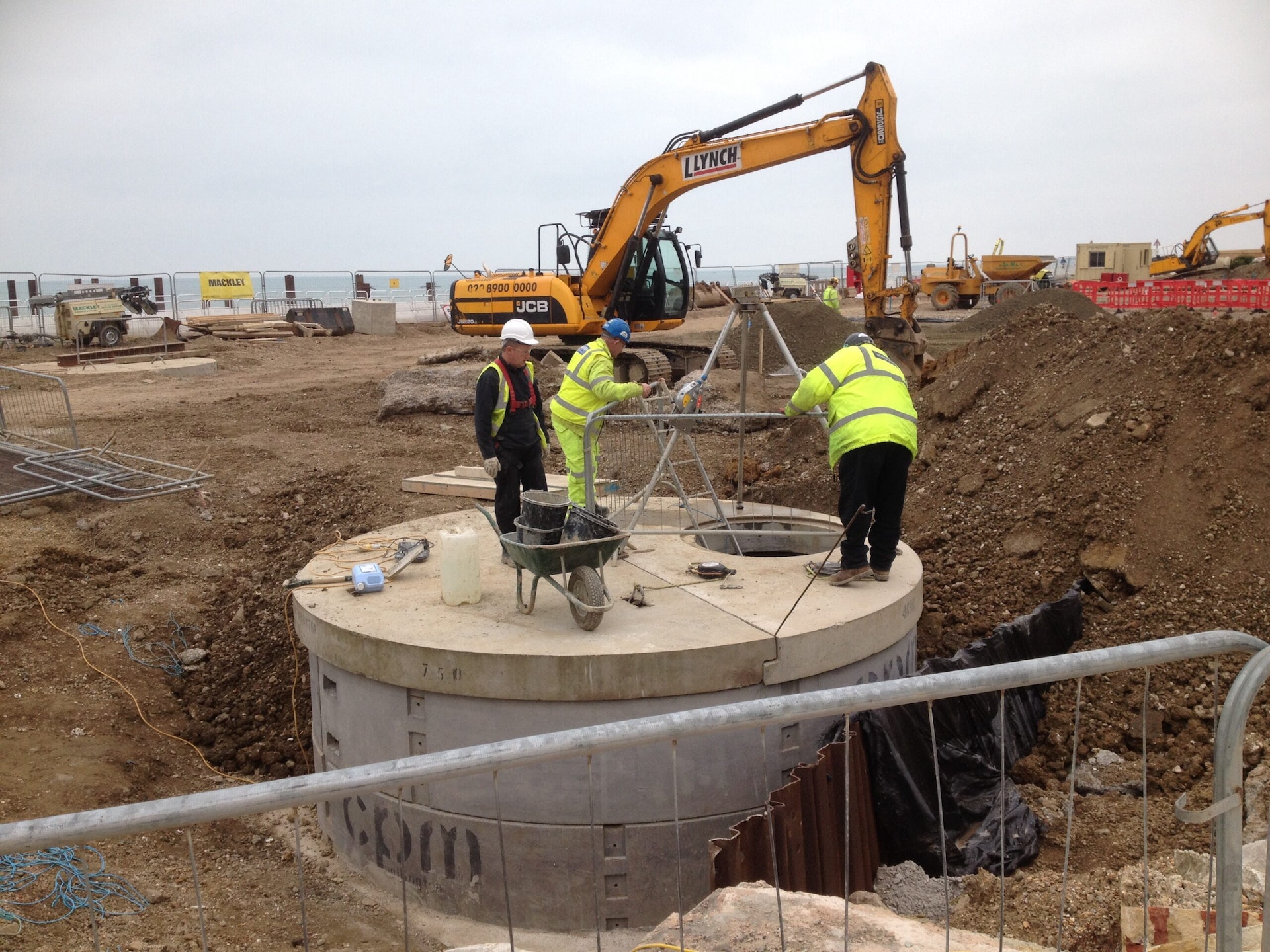 Sewer diversion is signed off

It is the end of a chapter on the i360 site. For months we have been working on the sewer diversion – planning how we would break into the Victorian sewer, how we would divert the flow during the works and how we manage the impact on the public, all documented in a previous blog. Yesterday Southern Water signed off the final two manholes – the sewer diversion is finished. A major milestone ticked off the list. 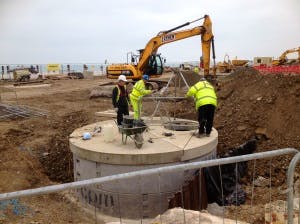 The end of the sewer also means the end of our time with CJ Thorne, sub-contracted by our principal contractor, Mackley, to do the diversion work. Our previous blog covered the innovative process they used to divert the sewer, so we thought this would be a good time to talk to the man behind the method – Thorne’s Site Manager, Cerwin Meijer. We wanted to find out where the idea came from, how the process went and what has been happening since the bungs were inflated and we all became obsessed with sewage flows. 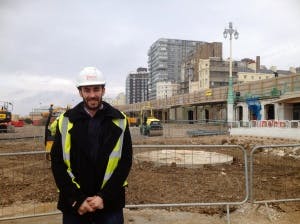 What have you been doing since the original break in?

Once we broke into the sewer we were able to get inside and inflate the bungs. This meant we could divert the flow. Only one man got his feet wet in that whole process!

He was fully kitted up in protective clothing. He didn’t look too closely at what was flowing past him – the treatment works are at Black Rock and so the sewage had not been filtered or treated at this point! Stuart (Slark, from Southern Water) told us that he once found a 19th century gold ring at the bottom of the sewage pipe before it hit the filters. He still wears it.

Why was the diversion so innovative?

Pumping was not really an acceptable solution. It would have involved digging up the area around the new arches and running 24 hour diesel pumps. There would also have been pipelines all over the site. It was looking like a very costly and problematic project. I proposed using Lampe bypass stoppers (the bungs), a brand new way of diverting pipes. Until now, this kind of job would have used Trelleborg stoppers, which are much heavier and not as versatile. The Lampe ones inflate and deflate a lot quicker and they seal to the sewer wall, staying in position even when deflated.

Why are Lampe bypass stoppers not standard?

They will be now! I had to prove it would work as it was an untried method. It is also  a very high profile site so we had to be sure it would work. My method statement was agreed – that was a fantastic feeling.

It must have been even better when it worked?

Yes. We had to be very careful to lift the brickwork out in sections to make sure that it did not cave in. I cheered when the first piece came away cleanly. And when the bungs were in place and we were sure there was no leakage – amazing feeling.

So once the bungs were in place?

We had to build up around the diversion to create the proper pipe connectors. 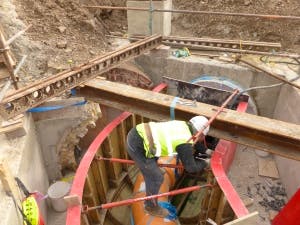 Once those were in place, we were able to deflate the bungs and let the good stuff flow! So what about the old sewer?

We had to remove the central part of the sewer that was in the way of the foundations. Southern Water are going to keep some of this for their tours. The rest we filled with concrete and sealed off.

Are you happy with how it all went?

Yes! There is still a bit of filling in to do, but the temporary bungs were deflated over the last week and the flows are all looking good (if sewage flows are your thing!).  Southern Water are taking on this method going forward for other diversions.

What’s coming up next for Thornes?

The i360 Thorne’s team finish this week to start on another exciting project. You will still see our trucks though – we are working for the Council to finish the arches, so we shall remain your neighbours.

Have you enjoyed working on the i360?

Yes I have. Working next to the beach is fantastic and this is totally different to the usual civils work or reinforced concrete (rc) frames that I do. I’ll miss working down here. Knowing that Brighton will have the tallest moving observation tower is exciting and it will be great to say I was a part of it.