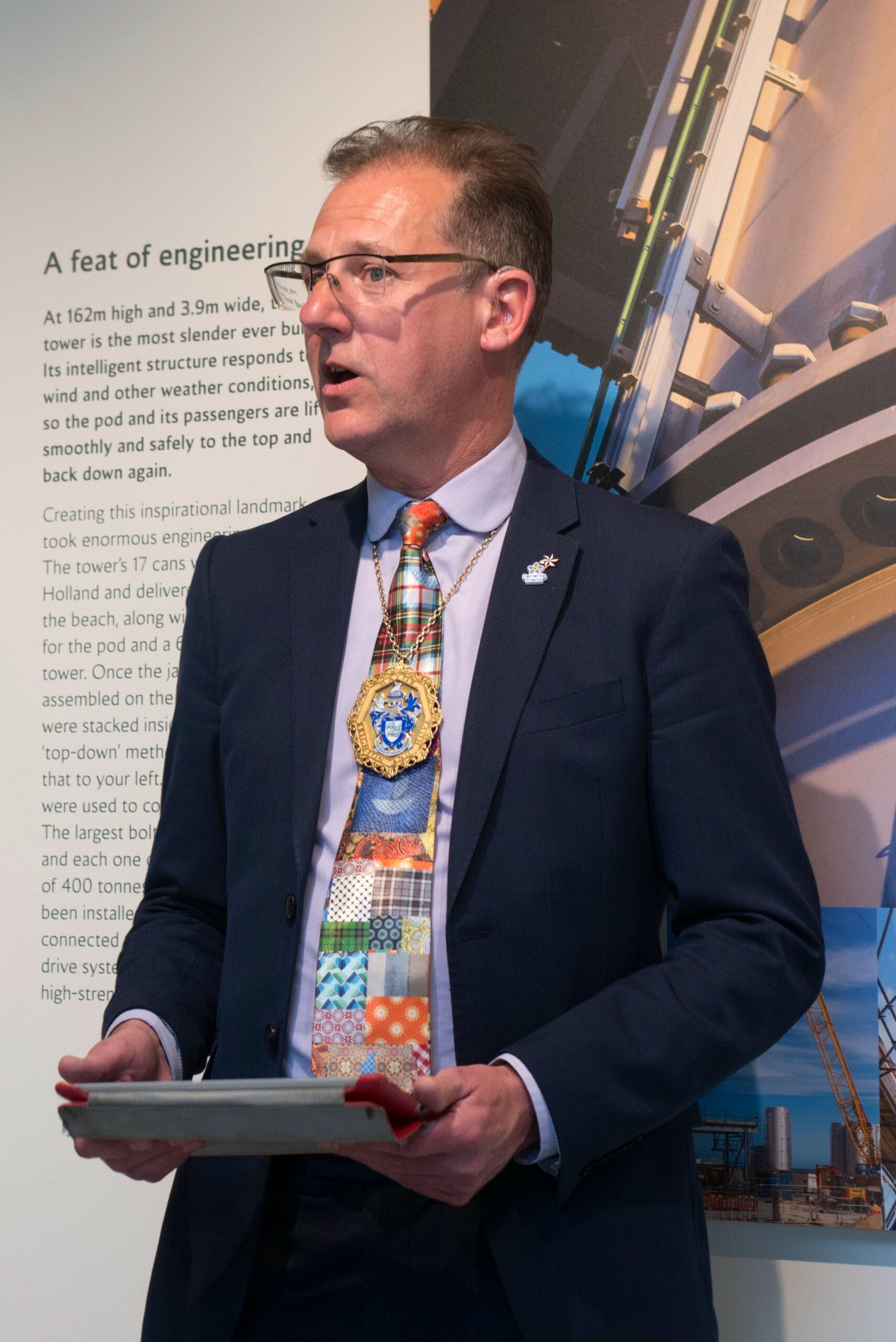 peaking at the launch of ‘British Airways i360: How it was Built’, he said:

“As a Masters graduate of the University of Brighton in Engineering, I can say that I like engineering – and I am very taken by this exhibition.

“With British Airways i360, we have some truly innovative engineering that is already giving delight and inspiration to hundreds of thousands of people.”

“The benefits to the local economy include 160 jobs created paying the local Living Wage; and a £1m annual income to the council via the Public Works Loan Board, which is triggering regeneration of the seafront.

“Local businesses are also benefitting from the regeneration and the increased footfall that British Airways i360 generates.

In summary, I just wish to say that I believe our new vertical pier is an all-round winner… and I love it.”

‘British Airways i360: How it was Built’ is a new permanent exhibition of photography and film charting our construction process. Images by official photographers Kevin Meredith and Gary Eastwood, who documented the build process, are displayed alongside additional shots by Paul Raftery and a short film by Latest TV. 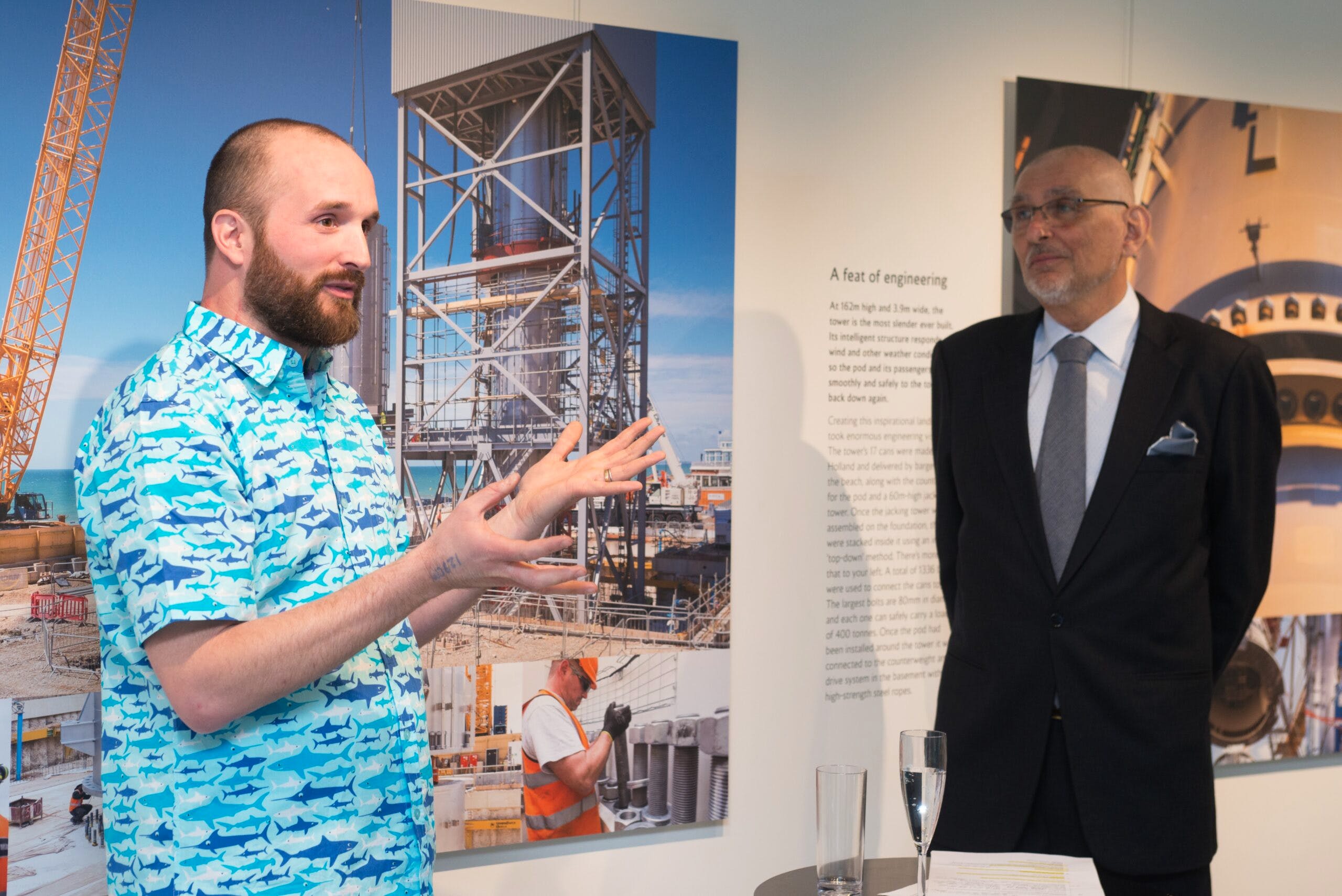 Other speakers at the official opening included British Airways i360 chairman David Marks of Marks Barfield Architects and Cllr Alan Robbins of Brighton and Hove City Council, plus a question and answer session with Kevin Meredith.

The exhibition is in the Austen room in the British Airways i360 beach building and is free for members of the public to enjoy during spring, summer and autumn months*.

During winter months or inclement weather, when pod flights board from inside the beach building, access to the exhibition is for British Airways i360 customers only.

*The exhibition may occasionally close for private events