One year ago today: The pod was completed

The POMA team made the move look easy, with the last section attached to the crane in mere moments. 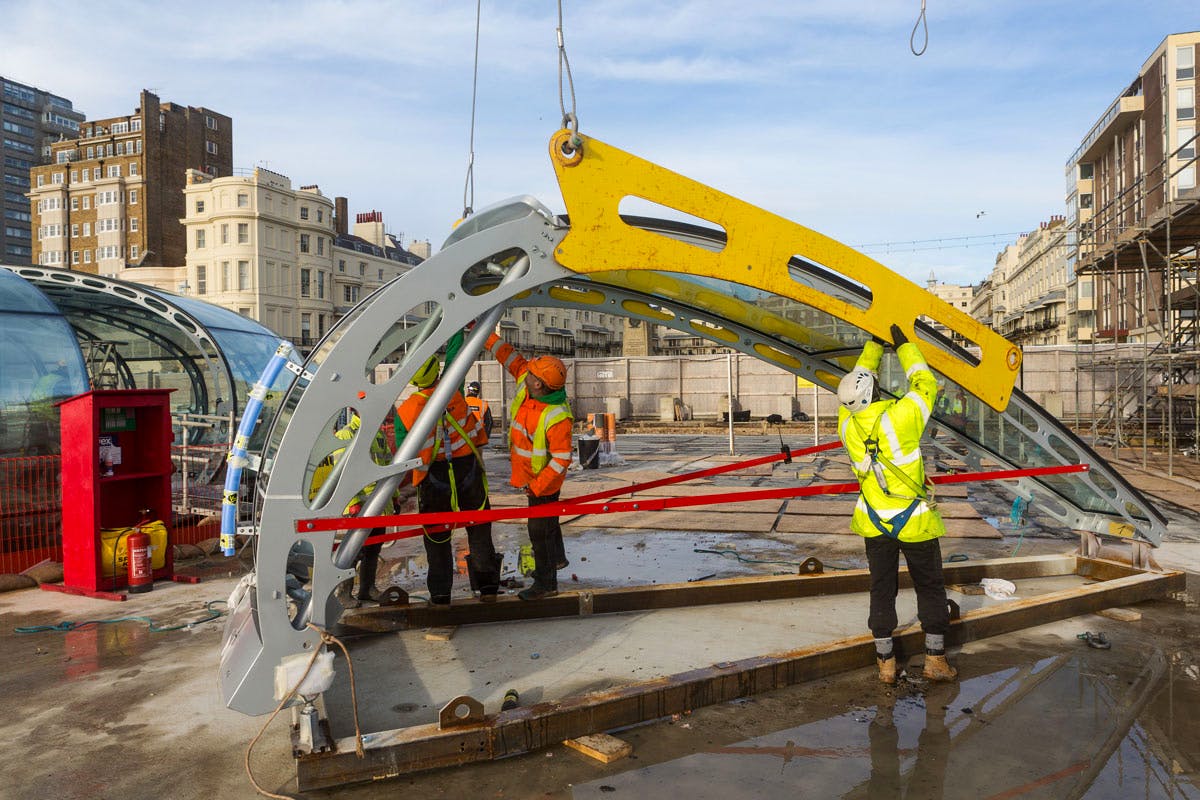 POMA attach the last piece of the British Airways i360 pod

As soon as it was fixed, the team lifted the piece up into the air. The rain clouds gathering overhead added to the drama and made for some amazing photos.

The British Airways i360 team was joined by members of the press to watch the last section lowered into place. Crowds of onlookers also gathered on the beach and the upper esplanade to watch the action. We had some amazing feedback on Twitter and our live broadcast on Periscope meant that people were watching the action all over the world.

BBC South East, Juice Radio and Latest Television were just some of the media on-site to watch the historic event

It was a busy week for POMA – the strong winds limited the days that they could move the pieces, but they took advantage of every weather window to make sure all the pieces were fitted in time for the arrival of the last sections – the doors.

The last section was expertly maneuvered into position The moment when the section slotted perfectly into place

It was amazing to see the completed pod. The glass, handmade by Sunglass in Italy, is delicate to look at, but incredibly robust – each section is four panes thick.

It was all smiles for Fabien – our POMA engineer on-site – as he completes this major milestone for the project.

Click here to watch the a time lapse of the glass pod assembly in 60 seconds!