Rebuilding the arches at the i360 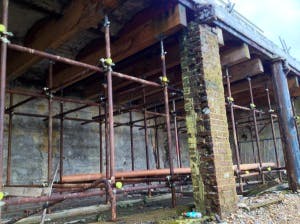 We have applied for listed building consent to rebuild the arches at the rear of our future visitor centre building.

Said Eleanor Harris, chief executive of Brighton i360: “Our original plan was to refurbish the existing arches, but our engineers have advised that they are in a more heavily corroded and dilapidated structural condition than first anticipated and it would be better to rebuild them. 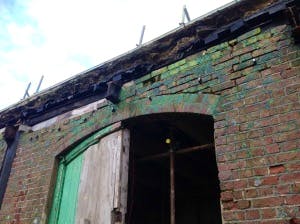 “We are planning to refurbish two arches, which are in the best state or repair, and to build modern new arches that are fit for purpose. Our new arches are in a ‘back of house’ area and will be used for storage, a rainwater harvesting tank, our recycling store and staff facilities.

“We have consulted with English Heritage, the Brighton & Hove Conservation Advisory Group and local residents who visited our site and were able to see first hand the poor state of repair of the arches.

“The arches are not an original part of the 1866 West Pier but were added about 20 years later. The brick work is not especially beautiful or considered worth saving. The arches themselves are not listed but they are included within the curtilage of the original West Pier ‘root end’ building, which was dismantled earlier this year. 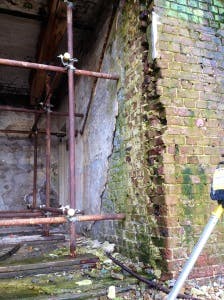 “We have signed a lease for 125 years and the i360 tower is designed well into the next century and beyond, so our tower and new visitor centre need to be stand the test of time. Indeed we are creating the future heritage of Brighton seafront.

Said Rachel Clark, chief executive of the West Pier Trust: “A full photographic record will be made of the dismantling of the West Pier arches and the Trust will salvage and retain any material of historical value which may be suitable for reuse or public display.

“Meanwhile the Trust is delighted that the i360 scheme contains a great deal of original pier material. This includes rebuilding two 1866 toll booths which stood at the pier’s entrance; original cast iron pillars inside the beach building; and the landscaping scheme next to the attraction, which will have a West Pier theme and contain many salvaged elements of the pier. The sea island will remain.”