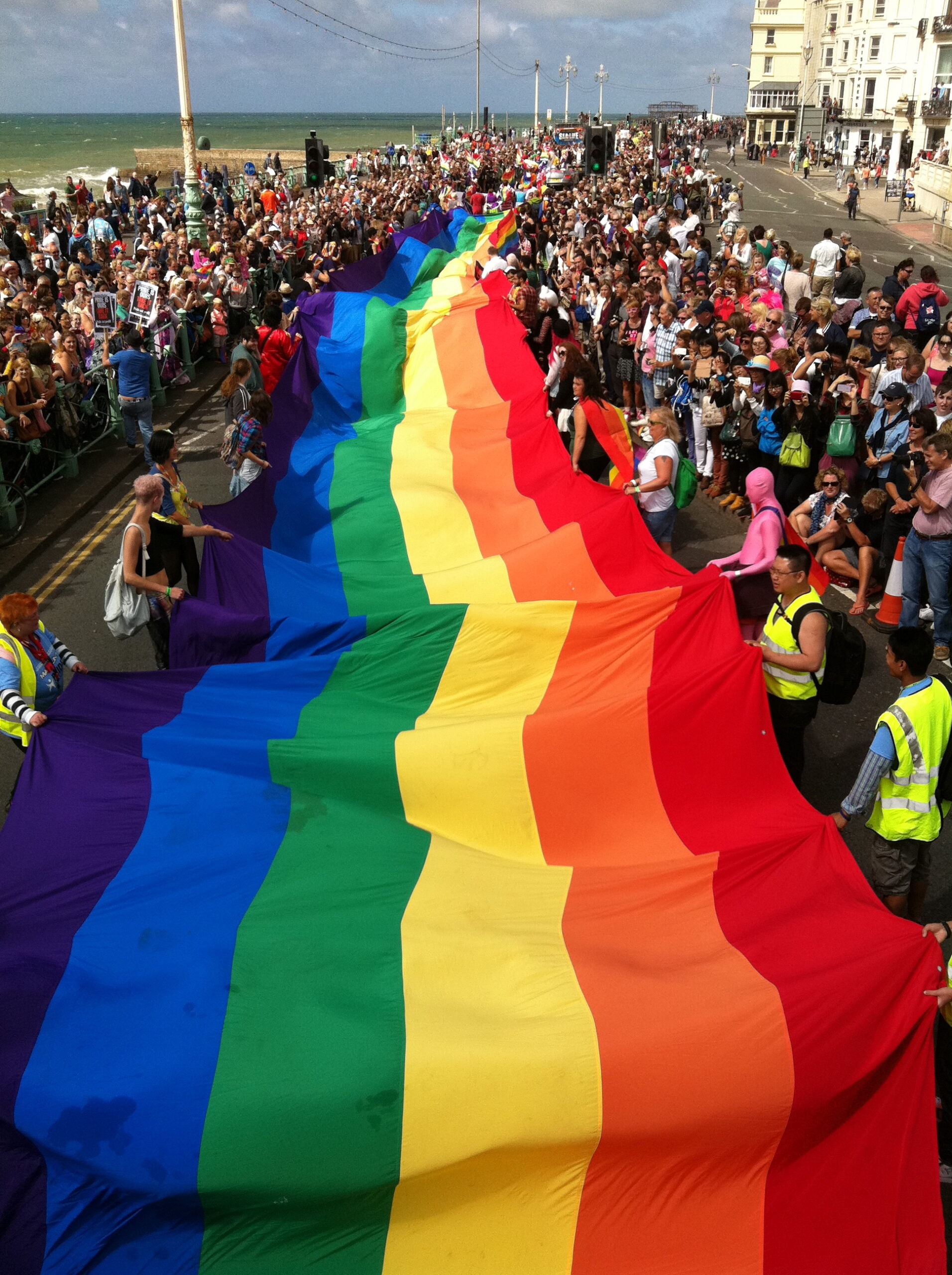 Brighton is famous for outdoor events: fancy dress parades line up with charity walks; music festivals take place next door to sports events; food festivals lure us in with delectable treats from across the globe and fun-runs inject humour and colour to the city streets. Although we are going to be an amazing event venue ourselves, with our 200-person pod offering a unique space in Brighton and conference and event rooms that look out onto the beach, we are just as excited about how the i360 can be part of Brighton’s existing event scene. This blog post is going to focus on just some of the city’s fantastic outdoor events that will be happening on our doorstep.

Brighton Half and Full Marathon

While the Brighton Half Marathon will enjoy its 25th anniversary in 2015, the Brighton Marathon is a relatively new event, the first taking place in 2010. Both events are hugely popular, known for the buzzing atmosphere and roaring crowd support, much of which focuses on the Brighton seafront. They pass the i360 site twice as they head up to Hove Lagoon and then back to the finish line at Madeira Drive.

The marathon is now the second biggest in the UK, 12th in Europe and 14th in the world, with people travelling from all over the world to compete. The Brighton marathon will take place on 12 April 2015. It is so popular it is already full.

The Brighton half marathon is on 22 February 2015. It was voted Most Improved Race at the 2013 Runner’s World Personal Best Awards, which will no doubt encourage an influx of entries.

Of course we won’t be ready by 2015’s events, but imagine… in the not too distant future you will be able to look out from our pod at the streams of runners weaving their way through the city streets, or cheer on the runners as they head down the home strait from bleachers at our site. Run, Brighton, run.

Paddle Round The Pier

There are some people that think our view will only be 180 degrees as half of it is just sea. Since when did the sea become boring though? Brightonians clearly don’t think it offers nothing, there are plenty of exciting events taking place in the water that embrace the city’s energy and enthusiasm: from rowing and sailing regattas to pier to pier swimming races and life-saving competitions.

Paddle round the Pier is Brighton’s collective favourite celebration of the sea. It’s the world’s biggest free beach and watersports festival. Since its inception in 1996, Paddle has grown from a surfers event raising money for charity, to an event that encompasses surfing, paddle boarding, kayaking, skating, windsurfing and free running, as well as surf life-saving, land paddling, kite-surfing and freestyle mountain biking. If that wasn’t enough, the land side of the festival also offers urban sports, live music, kids’ entertainment, and loads of have a go opportunities – it really is pretty special. The aim is to raise money for lots of different charities and businesses all over Brighton come down to take part.

Paddle round the pier takes place on 4 and 5 July. We definitely plan to get involved. In the future the i360 will be the perfect place to view the incredible spectacle of the 1,000 + kayaks, canoes, paddleboards, surfers and make-shift rafts funneling around the pier.  For 2015 our tower will still be under construction, but if you look hard you may spot an i360 team among the throng in the water…well we said we wanted to get involved and at a watersports festival you should at least get your feet wet!

Brighton and Hove love good, locally-sourced food. This is something that directly appeals to us as when we open our venue, we will be sourcing local produce to use in our eateries. Let’s face it – there is some fantastic produce in the area so why should we bring it in from elsewhere? We very much support the thinking behind these festivals and hopefully will get involved further down the line. Perhaps a cookery demonstration in the pod or a venue for something larger. Watch this space and get your chef’s hats at the ready.

Brighton and Hove Food and Drink Festival runs every Easter and during September. It involves local producers and growers, restaurants, bars and food retailers and was rated as one of the world’s leading food events by the New York Post in 2012. It’s a showcase of all the fantastic food, drink and hospitality to be found in the city and surrounding Sussex. September’s Food and Drink festival incorporates a number of events happening all over the city, with food writers such as Madhur Jaffrey and Antony Bourdain giving talks, fun foodie public events, pop up restaurants, the Big Sussex Market, a celebration of Mexican Independence day, an International Food Festival and Chilli Festival. The Sussex and World Market will be held on Hove Lawns, celebrating some of the best Sussex products alongside great international food and drink.

The Foodies Festival is the UK’s largest celebration of food & drink, taking place on Hove Lawns in May. There are top chefs; pastry chefs; Children’s Cookery Theatre; a vintage tea tent and village market; a real ale and cider farm as well as a chilli eating competition.

Brighton loves a fun run or bike ride to raise money for charity. Whether it is the Big Balls event, naked bike ride, Heroes Run or the Colour Run, people all over the city get involved in these incredible spectacles. We can’t wait to get involved!

Heroes Run raises money to build schools and support education in some of the poorest parts of Africa by staging, among other things, a super-hero themed event along the seafront. The route takes the various Spiderman / Batman / Catwoman wannabes from the Peace Statue to Hove Lagoon. 2015’s event is on 17 May. Of course we won’t quite be ready but in the future, what could be more fitting for the winning superhero than to jump into a futuristic pod and travel up into the sky?!

The Colour Run raises money for Save the Children and although it takes place on Madeira Drive, the colours tend to run! On Colour Run day, the streets are awash with colour and from the i360 you will be able to see some of the fun on the streets below! The date is not confirmed yet, but fingers crossed it will be taking place in 2015.

Brighton Big Balls raises money for testicular, penile and prostate cancer research by sending runners from Hove Lagoon to Mrs Bumbles Café on the pebble beach, carrying two red balls. It sounds hilarious, and it is. From the top of the i360 you might just make out some of the chaos. Dates for 2015 are to be released soon.

The London to Brighton Bike Ride will be turning 40 in June 2015. It is the original and iconic route from city to coast, and tens of thousands of people from all over the country get involved to raise money. From the i360 you will be able to see right over to the South Downs, so you can watch the cyclists pedal into Brighton after their grueling climb up Ditchling Beacon. 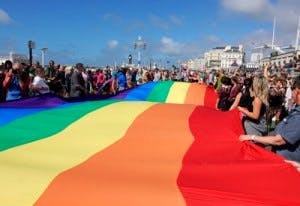 We’ve touched on colour and we’ve spoken of the diversity of Brighton. Nothing celebrates those two topics as much as Pride.

Brighton is well-known for its sizeable LGBT population and it hosts the biggest UK Pride event. Marches go back as far as 1973, when the Sussex Gay Liberation Front organised a small event, but it wasn’t until 1991 when Brighton really caught the public eye. Although originally it was born out of political objection to the government passing laws to ban the ‘promotion’ of homosexuality, nowadays, it is more of a celebration of LGBT rights.

The festival takes place over the first weekend in August. At the moment they don’t come past the i360 site, but we would love to be involved. Our pod has a state of the art lighting system…imagine a rainbow coloured pod 138 metres in the sky. If that doesn’t shout out to the world that Brighton knows how to celebrate Pride in the City, what does?!

May is a fabulous month in Brighton. It is a true celebration, with several festivals coming together to make the city a cultural hotspot.

Brighton Festival is an annual celebration of music, theatre, dance, circus, art, film, literature, debate, outdoor and family events, all taking place in venues both familiar and unusual across Brighton and Hove. It lasts for three weeks every May, from 2-25 May, and has a well-known guest director who casts their own slant on the programme. As England’s biggest curated mixed arts festival, it attracts world-wide crowds. It kicks off with the Children’s Parade, with 83 different schools from across Brighton and approximately 5,000 young people taking to the street in costumes made to match the theme of the event. From the i360 this magical parade will look like a stream of colour running through the streets.

The Brighton Festival offers us an exciting opportunity to utilise our venue as event space. With state of the art lighting and sound it will be able to offer music and theatre pieces in a unique environment: private and intimate but also up high for the city to see.

Brighton Festival Fringe is one of the largest fringe festivals in the world, running alongside the Brighton Festival. It lasts from 1-31 May and celebrates all things creative.

Great Escape Music Festival also takes place alongside the Brighton Festival. It prides itself on showcasing emerging artists from all over the world, giving you the chance to watch them in a more intimate setting before they go on to become acts that headline in major stadiums. What could be more intimate than one of our pods…and what a setting!

The Artists Open Houses and the sister House festival  add an element of art to the May festival season. Both offer the chance to see art in a different setting, with artists of every level getting involved. We think our futuristic tower will be like an art installation itself; engineering at such a complex level is incredibly artistic. Just a quick look at the plans show you the incredible details involved. 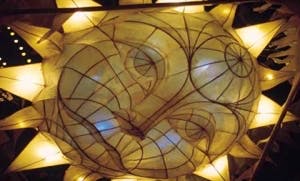 There is bound to be more events placed in the 2015 calendar that we want to get involved with. The Fire and Sea Rescue event or Burning the Clocks will look fantastic from our pod and the Brighton Digital Festival could be an amazing opportunity to link up our futuristic design with some great light projections.

Watch this space Brighton and Hove, we are getting involved!